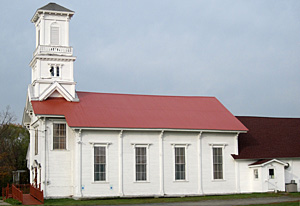 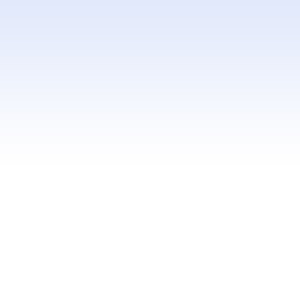 The Presbyterian Church of Stephentown was organized 19 July, 1794 when James Wylie, Joseph Huntington and William Boarman were elected the first Elders of the Church.


This church was Constituted of two smaller church organizations that had existed for some time previous, but the records of which, if any ever were made, are now lost. The Rev. John Warford a stated supply of the Congregation was the first Moderator.


About six years previous to the Constitution of this church a house of worship had been erected on the summit of the hill a little beyond the residence of the late John A. Rollo. The raising of the frame of this building occupied 3 days and although it was mostly finished in the year 1788. - yet rough hemlock boards were the only flooring for about six years. It was nearly square and had a tower on one side about 50 feet high.


The interior had a gallery on three sides; had square pew with seats having perpendicular backs on three sides and rejoiced in a pulpit of immense altitude, closed all around, being centered by a door and surmounted by a sounding board of the most approved pattern.


It continued to be the gathering place for the people of God for about 47 years or till the year 1835. It was then taken down and the timbers were used to build the house formerly standing upon this site and burned down on the 24th of December last. This fire consumed not only the building but everything that was in it; the Sabbath School library, which was large, well selected and had been recently replentished and placed in a new book case. A recently purchased reed organ in the Gallery and a melodeon used for the Sabbath School. New chairs had been placed before the pulpit and a valuable chandelier worth about $75 or $100. The side walls had been repapered and the ceiling frescoed and new inside blinds had been placed in the windows so that altogether the house, though wanting in architectural beauty still presented such an appearance of neatness and comfort that we were quite satisfied with it. It may well be supposed that it was a sad day when we saw only the ashes of all these things which have been secured in the course of years and we were compelled to adopt that most pathetic lamentation of the Prophet Isaiah over the prospective desolation of the temple. Our Holy and beautiful house where our fathers praised Thee, is burned up with fire and all our pleasant thing are laid waste.


It is not surprising that the people at first felt utterly unable to restore these ruins. Even their Bibles and Hymn Books were gone and had it not been for the unexampled liberality of friends far and near to whom not only this generation but generations to come, are indebted, the work could not have been accomplished. The present structure is of the Italian or bracketed style architecture. Work has begun on the foundation about the first of May, the corner stone was laid by Elder S.V.R.Jolis and Henry Platt, Esq., two hale and hearty able bodied men who have attained the ripe age of 84 years, being the eldest members of this church of whom it may be said as of Moses, their eye is not dim nor is their natural force abated.


The foundation was laid by Jacob Spencer of East Nassau and Elder Henry Hasson to the entire satisfaction of the trustees. Among other parts of the work, the frescoing although simple and inexpensive, presents a soft evenness and harmony of coloring not always secured in more costly edifices. The graining of the slips and the pulpit is of a high order of the art. The doors, windows, sash and lights furnished by Mr. Warner of Pittsfield could hardly be improved, The pendents, banister, tower ---- ical post and other articles turned by William Potter are especially creditable and brackets, both on the outside and the interior worked by Mr. Elbert Wilkinson are not surpassed by the best known workmen from cities. The outside painting by Mr. Westerlo Rodgers is also creditable and the cushions made by the diligent and persevering industry of the ladies of the congregation are not surpassed in much more pretentious churches. It is impossible to state the exact cost of the building and furniture as the bills are not quite all settled up. The estimate of the building and cushions last May was $6600, but we have lost about $75 worth of lumber by fire and have put in ground glass at an expense of $50 more than was contemplated. It is safe to say that this estimate will be more than over the expense by a small sum. The cash cost will not be over $6000 and the lumber and labor given is estimated as not above $700, making the whole cost of the building and cushions at about $6700. Besides this the bell cost $375, the reed organ $370, the carpet $205-other articles $50. Furniture yet to be purchased with fences, estimated $150 total $1150. Add $6700 - $7850. Of this sum about $5500 have been contributed by the congregation and about $200 by friends from-abroad, leaving a debt of $285 at least on the church. This estimate is probably less than the real debt, but it is as near as an approximation as we can now make. Note by the copyist (the following lines have been crossed as in the original. R.H.C.)


With devout gratitude to God for prospering us in this good work, we still have to regret that we have failed to secure a lecture room as was at first contemplated. The want of it will be felt more and more every year. But it is hoped that early in another season the congregation will have brace and energy and good sense to erect one for the convenience of evening meetings, Sabbath School and other gatherings of the congregation.


Note: (the following in pencil is apparently a substitute for these crossed lines. R.H.C.)


In conclusion, with devout gratitude, we record the goodness of God in prospering us in this good work and in aiding us to bring it to a propitious close.


The foregoing is copied from a manuscript by Rollin H. Cook Pittsfield, Mass. 3 Oct.1902


The above was copied from R. H. Cook's copy, by a member of Peace Party Chapter, D.A.R. January 1939, Pittsfield, Mass.


The above was again copied by Elizabeth W. McClave 4 March 1988 from a copy loaned to her by Gertrude Rowe, DAR, Fort Crailo Chapter.